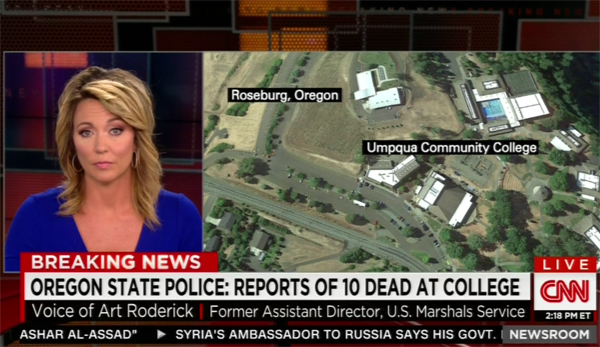 I will not die in this spot.

I’m sitting at my desk at a Southern California community college. It’s the best in the nation, at least from my biased perspective. But it could be any college. Or a church. Or a movie theater. Or a high school. Or an elementary school. Or a supermarket parking lot. It could be the university where I’m enrolled or a similar campus across the country.

END_OF_DOCUMENT_TOKEN_TO_BE_REPLACED

On Saturday, the Smithsonian opens an exhibit of a Cypress College-inspired, Guinness Book of World Records recognized photograph.

The photograph, known as The Great Picture, was created at the former Marine Corps Air Station, El Toro, by turning an abandoned hanger into the world’s largest pinhole camera.

“I am very happy and proud of the (exhibit) and need to share it with the Cypress College family since the original impetus for the project started here in our Photography Department,” said Rob Johnson, one of six artists who spearheaded the project. “As many of you might recall, this image was originally created by The Legacy Project, a group of six photographic artists, of which I and three others who taught here at CC (including Jerry Burchfield) were charter members.” END_OF_DOCUMENT_TOKEN_TO_BE_REPLACED

Alumnus John Sexton — who worked for famed photographer Ansel Adams — has one of his own photographs featured in the new software running Apple iPhone and iPad.

The operating system, which was released on Wednesday, offers Sexton’s image of Tenaya Lake as one of the default wallpaper options.

“If you have an Apple iOS device running iOS 7 you have a limited edition image 1/250,000,000!” Sexton wrote to friends on his Facebook page. END_OF_DOCUMENT_TOKEN_TO_BE_REPLACED

Cypress College and its sister institution the School of Continuing Education will “Light It Up Blue” to raise awareness about autism. The effort commemorates World Autism Awareness Day on April 2 and Autism Awareness Month.

Cypress College is participating by lighting its iconic campanile blue. The tower is located in the middle of the college and is visible from off campus as well. SCE’s Cypress campus will also participate by lighting their flag pole, and both he North Orange County Community College District (second-floor entrance) and the Wilshire Center at Fullerton College will also be lit in blue. END_OF_DOCUMENT_TOKEN_TO_BE_REPLACED

On Friday, September 21, 2012, space shuttle Endeavour flew over Cypress College as part of a tour over several Southern California landmarks en route to its retirement home at the California Science Center.

END_OF_DOCUMENT_TOKEN_TO_BE_REPLACED

Dr. Michael J. Kasler — who learned English as a second language, stocked grocery-store shelves in one of his first jobs, and later became Cypress College president — is spending his final day on campus prior to retirement.

An unwavering advocate of students, Dr. Kasler was focused on their success throughout his 38 years in education. He enters retirement after 20 years at Cypress College. END_OF_DOCUMENT_TOKEN_TO_BE_REPLACED

When the nearly 200 Wildcats Hockey Club players hit the ice to open their season this weekend, they did so clad in the pinkest of pink jerseys.

That’s a pretty bold statement from a group of kids playing in such a tough sport. But, it’s done with good reason.

Sophomore Travis Pitcher, a 6-foot-4 right-handed pitcher, was selected by the Oakland A’s with their final pick in last week’s Major League Baseball draft. He joins fellow Charger Arby Fields, who was selected by the San Diego Padres (see story below). END_OF_DOCUMENT_TOKEN_TO_BE_REPLACED

You have to die to earn a Darwin Award, so a man arrested this week at Golden West College doesn’t exactly qualify. But he certainly gets an honorable mention. For those who don’t know, the Darwin Awards — made popular through vast e-mail circulation — are granted to those who remove their genes from the societal pool by committing stupid acts.

The 21-year-old Garden Grove man was apprehended on Wednesday afternoon after botching a purse-snatching attempt by escaping from a supermarket parking lot into the training compound of a police academy at a neighboring college. END_OF_DOCUMENT_TOKEN_TO_BE_REPLACED

Forget those ritzy bashes held by political party big wigs in upscale Orange County hotels. Students at Golden West College can attend an election-night gala on November 5 in the Student Activities Office on the GWC campus.